Introduction: What We Seem to Experience ‘Now’ is… Remembered?

A fundamental breakthrough in cognitive neuroscience and neuropsychology was the discovery that the brain contains distinct memory systems that shape every experience we have.  These systems have striking implications for our understanding of what it means to be “in the present moment,” and what alone can truly be considered present…  What are these memory systems?  How could it possibly be the case that everything we seem to experience “now” is not truly present, but remembered?  Let’s dive in to this fascinating subject and ride this roller coaster to its surprising conclusion…

First, there’s sensory memory, which registers traces of things you just heard, sensed, tasted, touched, and so on a few seconds ago (Baddeley, Eysenck, & Anderson, 2014).  If you eat a chip, you can remember the vivid taste of it for a few seconds after you swallow it.  Then that memory trace dissolves and is forgotten.  That’s the power and limitation of sensory memory.

The three memory systems are interconnected, but they function independently and work by means of different neuron systems that store information by means of different neural codes. I won’t go into the details because they’re not relevant to the point I’m making here, but the information is out there if you’re curious. See, for example, Reber (2013), Cowan (2008), or pioneer of memory research Baddeley’s (2014) fantastic textbook Memory.

How Do We Know There Are Memory Systems? : Some Evidence From Brain Damage Cases

There’s tremendous experimental and observational neuroscientific and neuropsychological evidence for the workings of these memory systems as well as for their relative physiological independence.  For example, we have brain damage cases in neuropsychology in which people lose the capacity for short-term / working memory, but retain their long-term memory (Sullivan & Sagar, 1991).  For instance, such individuals can’t remember seeing their wife 20 seconds ago, but they can remember the date that Rome fell!

There are also cases where people lose their long-term memory, but retain their short-term / working memory (Nee, Boorman, Moore, & Jonides, 2008).  These patients can work on and solve a problem over the span of a few minutes, but as soon as they leave the room, they forget ever having completed it.  If you present the same exact problem to them again, it takes them just as long to solve it.  Amazingly, such individuals can greet heir wife now, but they don’t remember ever having married her!  If you tell them this woman is their wife, it comes as a surprise to them…

People can also lose various forms of sensory memory due to areas of the brain that govern their processing.  For example, if V1, the primary visual cortex, is damaged, then people lose the ability to remember things the eyes just saw a few seconds ago.  In fact, they don’t register any vision whatsoever.  Such people have perfectly functioning retinas, but can’t consciously see anything at all; thus, they are called ‘cortically blind’ (Celesia, 2010).

Surprisingly, however, if you ask patients with cortical blindness to point to an object in the scene, they can point it out despite having no consciousness of seeing it at all!  This is because there are other pathways that carry retinal signals to the LGN and into the medial temporal and the posterior parietal lobe, in the latter of which there are neurons that fire during pointing and clasping hand motions without having to pass through V1 first (Gaglianese, Pietrini, Costagli, Bernardi, & Ricciardi, 2012).  Because they can point to things despite not consciously seeing any of them, these individuals are said to have ‘blindsight’ (Carlson, 2013).

All Experience is of the Past, Only Awareness is Present: Neuroscience Meets Nonduality

These findings have tremendous relevance for the work of the spiritual path within the nondual wisdom traditions, whether we are considering Dzogchen, Zen, Advaita Vedanta, Sufism, etc, and it is this: everything you seem to hear, see, touch, taste, smell, think, and feel “now” is in short-term / working memory and sensory memory. Did that hit you? Everything ‘you’ seem to experience “now” is held in memory! It’s all remembered!

In case the mindblowing implications of that statement failed to hit home, allow me say it again: everything you seem to hear, see, touch, taste, smell, think, and feel “now” is remembered. It’s not truly present; there is a delay between its occurrence and your conscious registering of it.  Nothing is experienced as it is now; only the memory traces are experienced and they are of the past.

There is one and only one exception: awareness itself. Everything else, and I mean everything else is remembered.  All of it.

All we ever experience are memory traces, reverberations of what has already occurred picked up and processed by our neural systems.  In contrast, awareness itself isn’t experienced; as the Zen Master Huang Po frequently pointed out, what’s experiencing can never be experienced (Po & Blongfeld, 1994).  Moreover, it has no sensory, affective, or emotional content whatsoever, therefore, can never be remembered.  No one ever says: “Gosh, remember that time I was aware 20 years ago?  That was a good time.”  Why not? Because awareness isn’t an event in time. It leaves no sensory, cognitive, or feeling memory traces in the neurophysiological systems.  It yields no data that sensory and short-term / working memory can process or work on. It’s literally nothing, no-thing.

And yet this no-thing is ever-present and undeniable, and far from a stagnant or dead void, it’s vibrantly awake to whatever the sensory, emotional, cognitive, and memory systems present within it.  The content of awareness comes and goes, but it as the context of the content, remains unchanged.  That we are aware, we always know beyond all doubt. What we are aware of can indeed be doubted, but that we are aware is undeniable.  This is because awareness, as the great sages Ramana Maharshi and Nisargadatta Maharaj point out, is the only constant reality in the fleeting, fluctuating ocean of experience (Maharshi, 2000).  It is intimately immediate and ever-present, the foundation of all experiences that remains itself beyond all experience (Nisargadatta, 2009).

Of course, we–relatively speaking, that is, the body-mind–can remember to notice or attend to awareness, but being awareness, that is, abiding as that ever-presence is never remembered.  We can neither experience nor remember it, we can only be it, and that we are, endlessly and without cessations, pauses, or gaps.  Waking up to the reality of awareness is at the heart of all of the nondual paths, whether Zen, Dzogchen, Advaita Vedanta, Kashmir Shaivism, or Christian mysticism alike.  Indeed, ultimately, these paths collapse even the apparent distinction between awareness and the impermanent content that arises within it, saying the seemingly two are really non-two…

In short, only awareness is ever present, can be said to be present at all.  Everything else we believe is happening or unfolding now, all the sensing, feeling, and thinking, is remembered.  Even the experience of our own body is remembered!  All we experience is the sensory and short-term / working memory of whatever seems to have occurred.

It is surprising enough that when we look at the night time stars, we are seeing light that left those stars, in some cases, hundreds of thousands of years ago, the celestial past on display in the nowness of awareness. But this is a whole new level of a comprehensive statement.  Not only distant starlight, but everything we seem to locally experience as happening “now” registers after a brief time interval.  In other words, there is a delay on the processing and experiencing of the information the receptor neurons in the body’s sensory systems pick-up.  The information takes time to register.

Therefore, “being in the present moment” applies to awareness and awareness only. We can only be present to and as awareness because only awareness is ever present and not delayed by neural processing time.  All of the rest of what seems to be happening ‘now’ in what we conventionally call “present experience”–that is, thinking, feeling, tasting, touching, hearing, seeing, smelling, etc.–is an experience of memory traces temporarily stored in sensory and short-term / working memory or retrieved from long-term memory.  It’s a delayed playing out of the past within the presence of awareness.

In summary, then, the findings of neuroscience and cognitive neuropsychology suggest that all experience of thought, feeling, and sensation is an experience of the past, the very recent past perhaps, but the past nonetheless.  Only the intimacy of awareness itself is ever truly present, and it is so endlessly, constantly, and unchangingly, from the womb to the tomb…

Absolutely everything we experience, everything in time, everything processed as a memory trace, is a faint echo of a recent past.  What produces no echoes but is aware of all echoes, alone can be said to be present, what we truly were, are, and always will be.  The reality of awareness is prior to the word and concept of “awareness,” which, as a thought, must be remembered.  The intimate reality of it is prior to conceptualization; it is intimated in every experience without being experienced.

This is what Zen calls our “Original Face before our mother and father were born.”  The Pali word Buddha means “the awakened one.” Since awareness is what’s awake, Zen calls it “Buddha nature.”  Abiding in the simple fact of being awake, of being aware is sitting as a Buddha here and now.  Awakening is waking up to what’s aware, not something ‘spiritual’ or exotic, but ordinary, everyday awareness. And that requires no memory, no space, and no time. Only now. 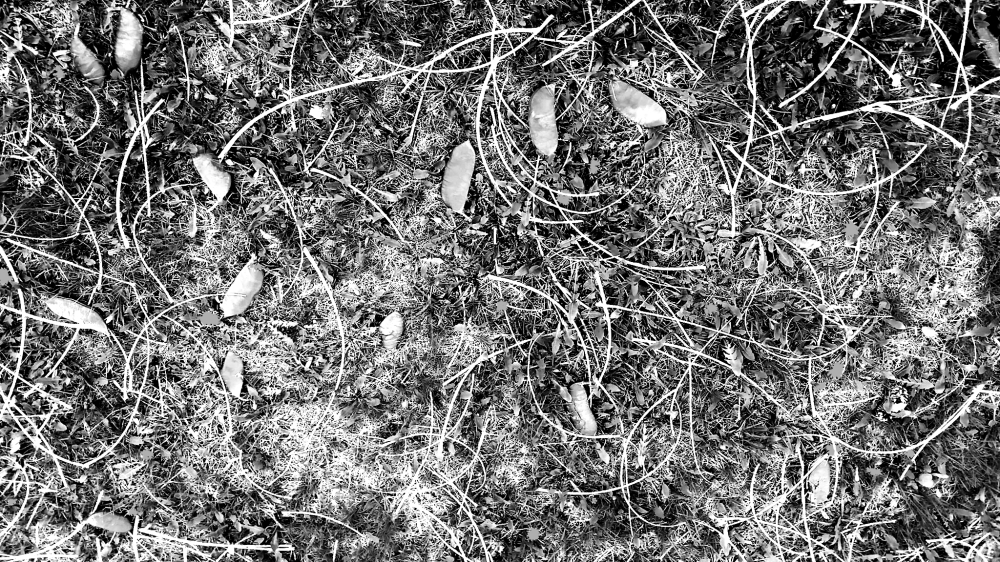 Part of a series of Nonduality:

Haikus While Walking in the Rain

We Were Never Broken: Beyond the Sense of Lack, Incompleteness, and Deficiency

Emptiness and Radical Negation: Shifts in and Beyond the Story of “Me”

The Welcomeness Of Now

Remember To Be Unhappy!: The Unnecessary Root of Human Misery

The Remembered “Me”: Why Presence Implies “Your” Absence

The Futility of Sandcastling

Thoughts That Never Were